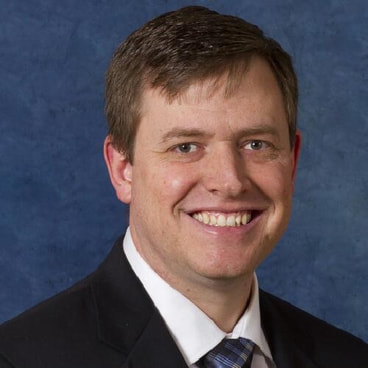 Mark Stanley, Founder and CEO
My wife, Becky, was the first to notice that our son, Seth, was struggling to learn to read. She was homeschooling both of our boys, and it was evident that Seth’s younger brother was learning to read at a faster pace than he was. By the end of 2nd grade, Seth had fallen far behind, and we were quite concerned. We had him tested by a public school psychologist and were told that although he is very intelligent, he was “lazy” when it came to reading. We were shocked by that assessment since our son has always been tenacious about everything. However, at that time he did not like to sit down and read, so we thought maybe the psychologist was right.

We decided to enroll Seth in a private school for 3rd grade, hoping that a more traditional setting would motivate him to overcome his disinterest in reading. Despite the change, by the end of 3rd grade, the school wanted to hold Seth back. Of course, none of this sat well with us. Seth is a brilliant kid - ingenious with an IQ that's off the charts. It made no sense that he was struggling with this basic skill. Finally, one of his teachers said, “I am not supposed to tell you this, but I think you should have Seth tested for dyslexia by someone outside the public school system.”

I had heard of dyslexia before, but always thought it was when someone accidentally turns a "b" into a "d" or writes an "S" as a "5". I was about to get a crash course in how much more challenging it can be. We had Seth put through a battery of tests over four days with an independent psychologist who specialized in learning difficulties.  He was diagnosed with severe dyslexia. He was never going to be able to learn to read the same way the typical kid learns in the traditional school system. We were living in New York at the time, and when I asked the psychologist what we should do to help our son, he said we should move, because the resources Seth required to overcome dyslexia simply weren’t available nearby.

Two months later we moved to South Carolina and enrolled Seth in one of only eight Orton-Gillingham accredited schools in the country. That was almost three years ago, and the difference this change has made for Seth seems like a miracle!  He now reads on level and has become highly motivated academically. He's in 6th grade, yet he's studying 8th-grade math. He's a fantastic student who loves to read, and now he has a great future ahead of him!  All of this was made possible by the Orton-Gillingham approach. These methods have been proven effective for over 30  years, successfully helping thousands of people overcome the challenges of dyslexia!

I am very proud of my son and what he has been able to accomplish. I'm also grateful for the Orton-Gillingham approach and the possibilities it has opened up.

Not long ago I started thinking about how there are millions of children and adults facing the same challenges with dyslexia who don’t live near an Orton-Gillingham accredited school or have access to resources. This became the genesis of the idea to provide the opportunity to learn from wherever you live. Our resources put the Orton-Gillingham approach within reach of any child or adult. I'm passionate about helping everyone with dyslexia to learn to read. I still remember the turmoil and concern as we struggled to find solutions for our son. I still remember the look of defeat in my son’s eyes when his little brother could read better than he. Now, thanks to the Orton-Gillingham approach, my son is confident in his academic abilities, and a huge weight has been lifted from our shoulders! I want to give that gift to others who are going through the same struggle. ​ 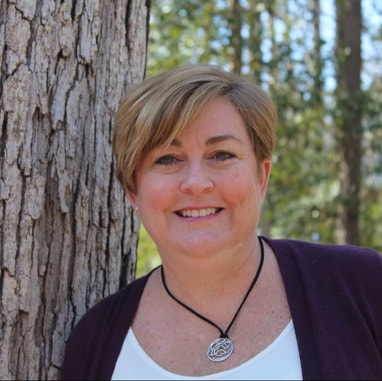 Mandy Blanch, MS Ed, Founder and COO
I was fortunate to begin my teaching career as an assistant teacher in a multi-level classroom in a Montessori school in Maryland. The fourth, fifth, and sixth graders in my class were hard-working, energetic, and excited to learn. However there was one student who was different. School just wasn’t easy for him. He struggled to read, but he understood so much when he was read to, or when he worked with the materials in the classroom.  He had a tutor who came to work with him twice each week. Initially, I didn’t pay much attention to what was going on during their sessions, but as time passed and his confidence began to improve, I wondered what exactly this lady was doing with him! This was my introduction to Orton-Gillingham and dyslexia.

I went on to study the Orton-Gillingham method and dyslexia, interning at one of the first schools in the country exclusively for children with dyslexia. This summer internship was a turning point for me. Every day I was amazed by very bright, motivated children who were struggling to learn to read. I became dedicated to the amazing Orton-Gillingham teaching methodology.  Using this method I was able to see, on a daily basis, students who had previously grappled with decoding even the simplest of words begin to understand written language for the first time. Following that summer, I was invited to join the faculty of a brand new school dedicated to teaching students with dyslexia.  This invitation was a gift for which I am very thankful.
​
My husband is a hard-working, bright dyslexic man, who has also dedicated his life to dyslexia education. His learning difference was not identified until college. Additionally, one of our three daughters is dyslexic.  Every day they teach me a little something new about living with dyslexia. I feel blessed to have this ongoing education!
That one student, so many years ago, inspired me to learn something new and teach students that others struggled to teach. It only made sense to take this idea and bring it to those who don’t have access to appropriately trained and experienced teachers. There are so many people struggling across the country who, if only given the proper teaching, could be excelling instead. I hope that we can bring the Orton-Gillingham approach to the many students across the country. Everyone deserves the chance to be successful!